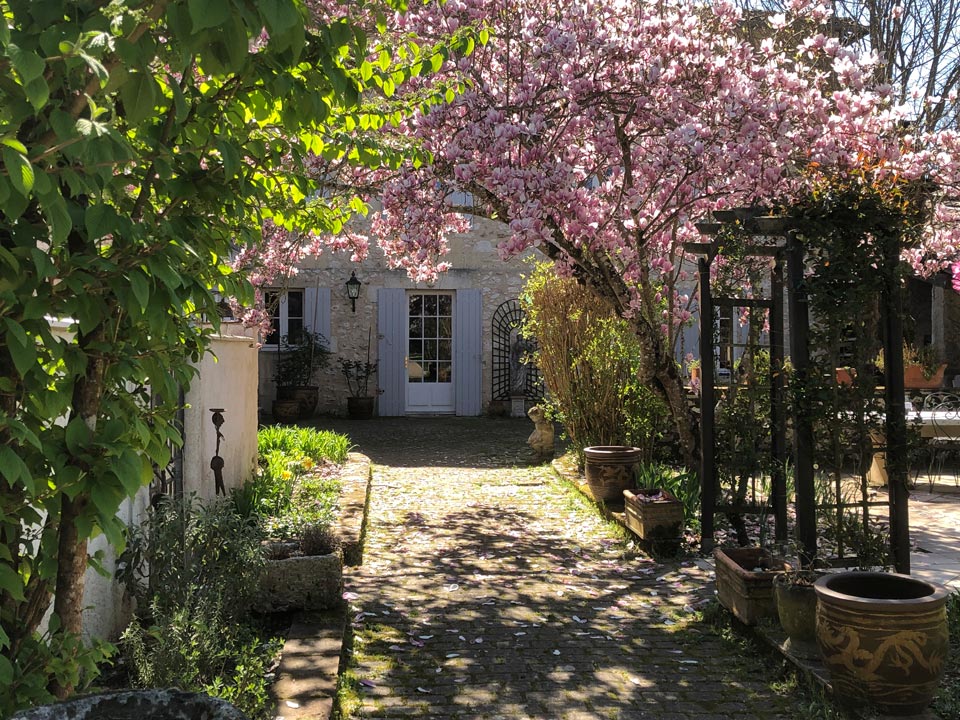 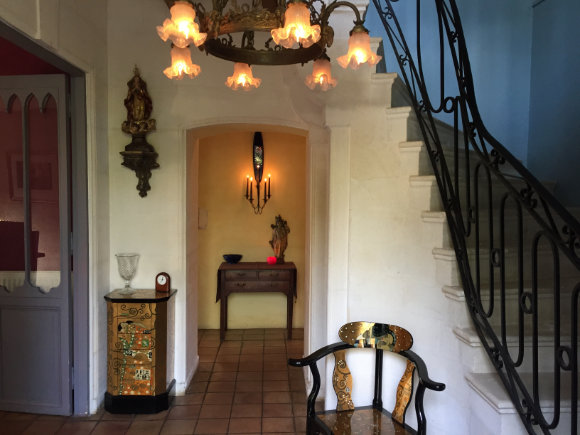 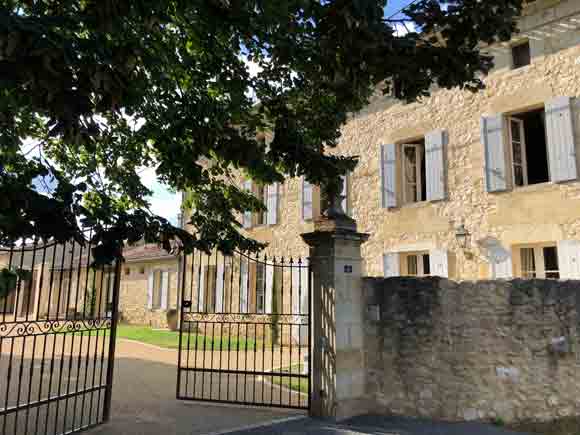 The two residences which constitute the Domaine (The Cottage & The Maison) share a 2.5 acre riverfront, garden setting.

In the past, the area between the two properties served as a common meeting point for the residents of the hamlet, around a communal well. The fresh water well has since been demolished although there remain two other functioning wells on the property.

An ancient convent which previously formed part of the hamlet was certainly the origin of the identity of the area - Impasse des Monges (monks).

More recently the previous owner of the Domaine was a well known British artist who discovered a charming ruin and painstakingly restored it. You will discover evidence of his years spent at the Domaine in several of the rooms. Some of the artist’s original works hang with pride on the walls of the property.<:p>

Since aquiring the property we have attempted to preserve this rich past whilst adding our personal touch and opening up the property towards the magnificent river frontage.

There is direct access to the river’s edge via stone steps which previously constituted a small river port. One can enjoy a wonderful walk along the river following the ancient tracks of the horse drawn tow path, whilst admiring the gardens of our charming neighbours.

ATTENTION: Le Domaine des Monges is in a quite rural setting. Therefore a car is strongly recommanded .

A large lounge to relax

B&B guests are provided the exclusive use of a 50 sq metre living room where one is surrounded by beautiful original art works.
If temperatures drop an open fire adds an additional cosy atmosphere to the Oak beamed room. 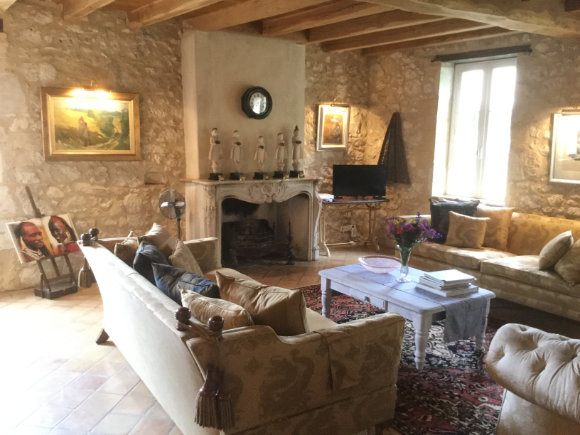 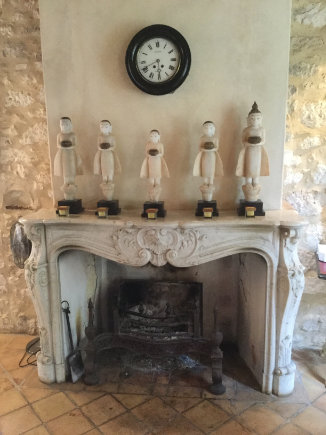 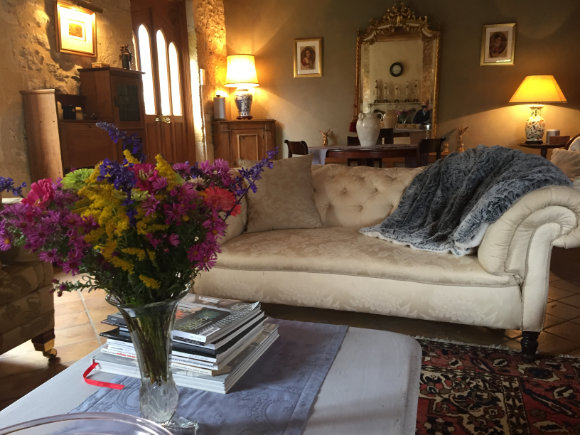 A swimming pool and a large park

An enclosed feature pool area is provided for the exclusive use of our B&B guests. The pool includes a pool house with full bathroom facilities and a dining / Bar-B-Que area. A one heactre park featuring century old trees and a gazebo complete the Domaine. 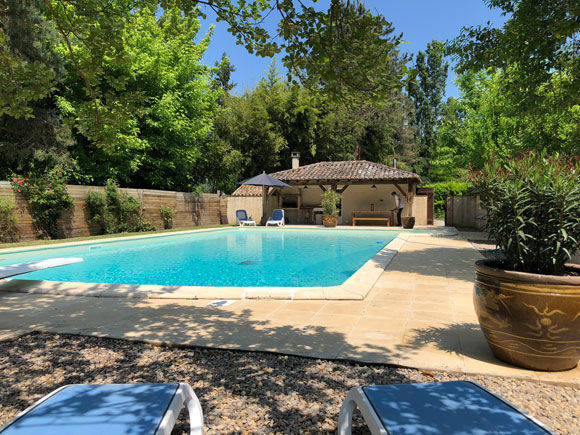 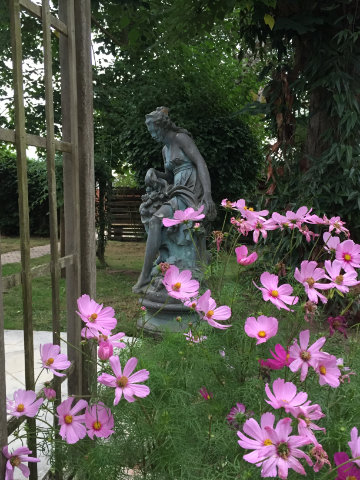 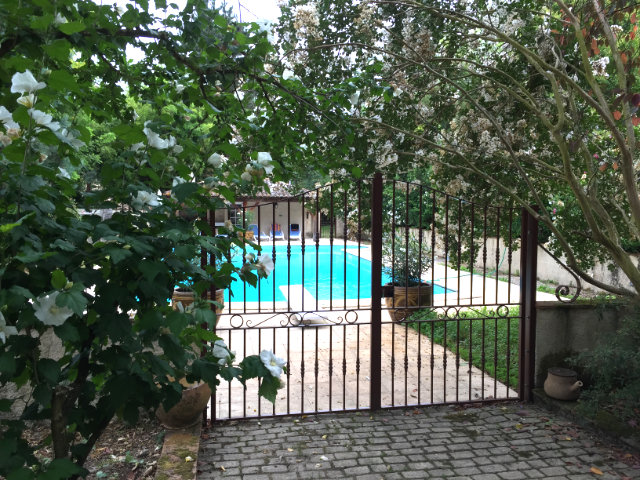 Breakfast featuring local produce, will be served in the garden or in the separate dining room lit with crystal chandeliers.
The Domaine features a Chicken House where guests are invited to collect eggs to be served with breakfast. Agapantha, Daphne, Eglantine, Frangipani, Hortense, Iris and Jasmine, will work hard to provide a daily supply. 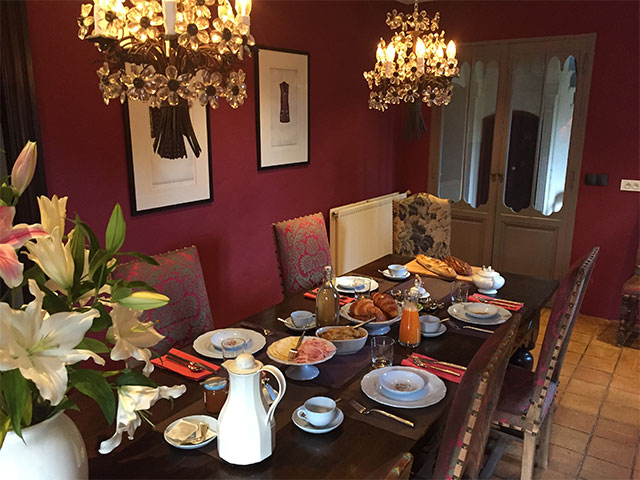 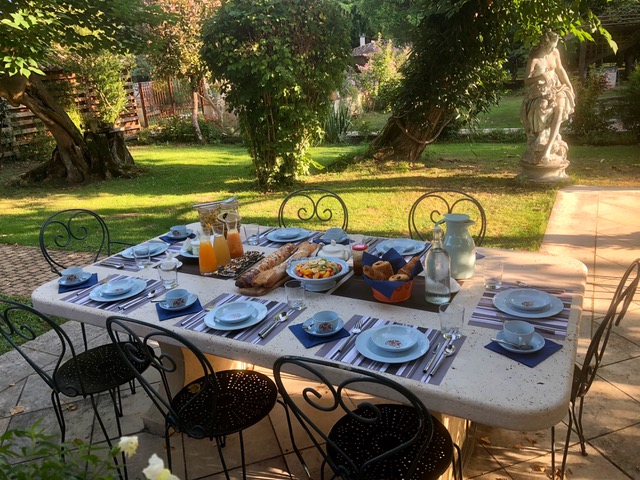 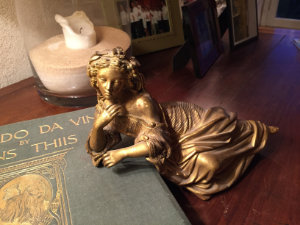 Looking forward to your stay with us.